Learning from the Experts: What I’ve Learned from Coaching

I’ve had a lot of coaching sessions over the years as I’ve learned to ride. I’m not someone for whom mountain biking came particularly naturally. I’m cautious, nervous about injuring myself, and find it hard to push myself too far out of my comfort zone.

I’m more the kind of rider that builds up gradually to be able to do things, rather than the type that throws a bit of momentum at the problem and is happy with the slightly higher likelihood of things going rubber side up. Both approaches are equally valid, both have pros and cons, both get you there in the end, and I think generally speaking people tend towards one approach or the other. I’m definitely the former.

Along the way, I’ve come up against various barriers and stalling points, and I’ve found that a spot of coaching – either one-to-one, in a group, or women’s only sessions, have made all the difference. The observation and feedback helps me identify what I’m doing or indeed what I’m not doing, and the coach will break down what I need to do in a comprehensible way. At least, the ones I’ve had have done! When it comes to coaching, I find I usually take away one or two main points each time I do a course. I think that my riding technique, body position etc is actually pretty good, and that’s certainly down to the expert advice I’ve had over the years. I find that when I’m riding I’m sometimes mouthing the advice my instructors have given me almost like mountain biking mantras; chin up, heels down, look to the exit!

So the next time you see a crazy girl on the trails muttering to herself – yes, that might be me. So here are some of the key bits and pieces of riding advice I’ve had over the years, and the people who’ve provided that advice:

Based up at Glentress near Peebles in Scotland, Dirt School was founded by Andy Barlow and Chris Ball (he of Enduro World Series organising fame) and boasts an impressive line-up of coaches. Pretty much my first ever mountain bike coaching was a SCOTT Sports weekend women’s-only MTB weekend organised by Mission WOW for which Dirt School provided the coaching. They were really friendly, and very supportive

Skill Learnt: Arms + Legs = Suspension.
I was very new to mountain biking at this stage, and still riding with arms and legs as stiff as a cadaver. The Dirt School guys explained the concept of using your arms and legs like additional suspension to absorb terrain, then we put it into practice down Berm Baby Berm. I reckon, in fact, that any good riding position technique I have today is a direct result of that initial coaching weekend. 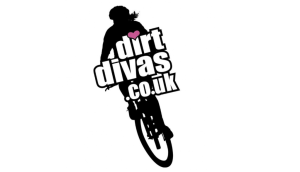 The second and third coaching courses I did were with Dirt Divas, a women’s only mountain bike coaching company based in Berkshire in the South East, nearish London. The courses happened in Crowthorne Woods, near Swinley which was my ‘local’ trail centre. I did their Singletrack Skills then their Drops and Jumps courses, with a group of friendly fellow riders. The coaching and camaraderie was great.

Skill Learnt: Technical Climb – bum forward, thumb on top
Admittedly that sounds a little..er..rude. I assure you it’s not! Essentially, they taught me that to tackle a climb, it can help if you slide your weight forward on your saddle a bit, and rest your thumb on top of your handlebars rather than underneath. This stops you from gripping and pulling up as your push down with your feet, which can cause the front end of the bike to lift. It’s surprisingly effective!

I’d reached a skills plateau, and didn’t seem to be able to budge. It was mostly mental, but essentially combination of features were completely stumping me, and it was getting me down. Step in Katy Curd (or, as she now is, World Champion 4X mtb racer Katy Curd) who as well as racing to a world cup level in mountain biking, is also a fully qualified coach. Katy helped me deconstruct obstacles, and come up with techniques for overcoming them.

Skill Learnt: Break it down
Bamboozled by a combination of features on the trail? Flustered by a root section that involves a drop and is on a corner? Walk it through, break it down into sections, spot a few points to aim for and session the elements. Then put it all together. This converts an intimidating mess into a series of smaller obstacles you can manage.

Several months on, and I was progressing nicely, but wanted to learn how to do drops and, if I was feeling brave, maybe learn to jump. So I signed up for the Campbell Coaching Ladies Gravity Camp, which was based in Llangollen, Wales, and involved a weekend of coaching, camping, barbecues and riding on the notoriously steep and exposed (but surprisingly fun) DH tracks there. They’ve also got a separate skills area.

All was going well until I broke my collar bone, which I hasten to add was nothing to do with the coaching. I’d successfully managed the biggest drop I’d done to date, and in my elation lost concentration and fell sideways straight onto my shoulder. That kind of put an end to the rest of the weekend, though I didn’t realise I’d broken it until the Monday. But I digress…

Skill Learnt: Lift and drop
Admittedly I didn’t have a huge amount of time on the bike before I broke myself, but Ally and Bob did get me riding drops that would have scared the bejeezus out of me previously. I got the hang of approaching at the right speed, with the right body position, and lifting the front of the bike up as you drop. It’s more of a scoop forward and slightly upwards on the handlebars rather than a straight ‘pull’ and does take a few runs to get the hang of it. When it goes well, it feels great! Just don’t get overenthusiastic with the celebrating like I did…

My first holiday back from the break and in at the deep end, with an amazing women’s only coaching holiday with Bike Verbier, with Enduro World Champion Tracy Moseley. We really focussed on the skills here, spending several mornings in a handy quarry, then putting the skills into practice on the trails. Tracy is an excellent coach, and I learnt A LOT on this trip, including front wheel lifts, rear wheel lifts, wheelies, endos (still rubbish at both of those though), turning, drops…

Skills learnt: Confidence
I gotta pick just one? I came back from that trip a whole new rider, with greatly increased confidence. Okay, I know it’s not really a skill but after a week of really practising skills, long rides, incredible natural trails and great feedback and support, I can honestly say that confidence plays a massive part in how well you ride. Training courses, practice, bike time and a great supportive atmosphere all help with increasing it.

Ed Oxley, the bearded mountain bike guru of Hebden Bridge in Yorkshire, runs several very popular courses, and on the way up to a wild Scottish adventure I reckoned the Alpine Tech would come in handy. Ed is a really good coach, really pays attention to your riding and gives specific feedback, helped by the small group sizes.

It was a mixed-sex group which I was a bit nervous about but actually everyone was really nice. As Ed said; anyone who’s aware enough to decide they need some skills help probably isn’t the kind of person who’s going to be snarky on a course. This was the course where I properly learned to ride on (and fell in love with riding) rocks. And also got more confident on steeper stuff. But, perhaps tellingly, it’s Ed’s fairly famous saying that sticks in my mind.

Skill learnt: Heels down and ‘chin up!’
It may sound basic, but these are some of the essential elements of good riding, and it’s alway good to bear them in mind. I’m particularly guilty of looking at my front wheel, particularly when I get nervous. Now, rather than trying desperately to drag my eyes away from the spinning rubber, I just think ‘chin up!’ and like magic it works.

Conclusion? If you feel you’ve hit a plateau, there’s a skill you just can’t get the hang of, or cornering (or drops, or jumps, etc etc) are a continual problem, then I’d say a coaching session or two should sort you out. It’s WELL worth the spend, and will probably make more of a difference to your riding than the latest groupset or some new tyres.

Fuelling my Ride – Nutrition for Cycling

One thought on “Learning from the Experts: What I’ve Learned from Coaching”